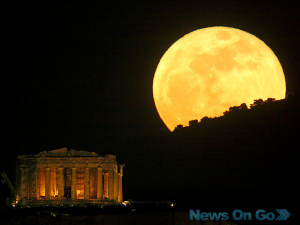 The earth will today witness the brightest and biggest moon of the year which will be 14 percent bigger and  30 percent brighter than the normal.Today our celestial neighbour  will come closer to earth at a distance of just 221,802 miles from earth,around 15300 miles closer than average.The phenomenon which is known as Pedigree full moon by the astronomers is causing some panic among few people as such a phenomenon is always followed by natutal catastrophes in the past.But scientists said that there is no room for any concern and notion of full moons causing bizarre behavior is one of the biggest myths.They said the moon’s closeness will only bring an unusually high tides which is not a reason for panic at all.