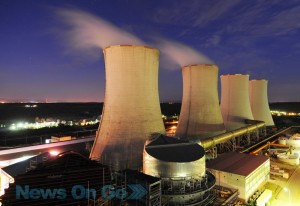 South Korea was forced to shut down two nuclear reactors on Monday to replace components provided with fake certificate. Due to this  ”an unprecedented level” of power shortage to follow. Yeonggwang nuclear complex  in the southwest may have to remain offline until January. If the two Yeonggwang reactors are not brought back online as scheduled, Hong Suk warned of a “dramatic” drop in national power reserves to 300,000 kilowatts in January, compared to the government target of 4.5 million kilowatts.
Minister of knowledge economy  Hong Suk said prosecutors would investigate the suppliers as well as possible collusion by officials of the state-run Korea Hydro and Nuclear Power.
Knowledge Economy Minister Hong Suk-woo said the unauthorized parts included fuses, power switches and cooling fans which lacked the required nuclear industry certificates. In total, more than 5,000 non-compliant parts worth around $750,000 were being used at the Yeonggwang Nuclear Power Plant where the two reactors were being shut down.
Hong said Comprehensive safety check-ups are necessary at these two reactors where the uncertified parts were used extensively.
Do you like this News?
« Older News: Superman err…. “Supermoon” to arrive tonight
» Newer News: Guatemala Under Earthquake