Computers Will Have All Five Human Senses By 2018 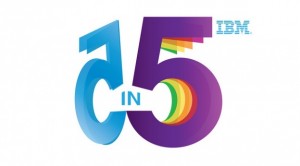 IBM predicted that in five years, computers will have the five senses and be able to experience the world as humans do. Computers by 2018 can be able to touch, see,hear, taste and smell .

IBM’s researchers are working on creating applications which use pressure-sensitive technologies to stimulate touch.Within the next five years, vibrators within smartphones will be designed to mimic the vibrations experienced when your fingers touch a particular surface, this means that by touching screen, it will feel like you are touching whatever object is displayed on the screen.

IBM says, in five years computers will be able to explain the images better than we can, it can analyzing colors, texture patterns and gaining insights from other visual media. They will also able to read medical imagery, including MRIs, CT scans, X-Rays and ultrasounds and also quickly differentiate healthy from diseased tissue on an MRI.

Computers in future will be able to help people eat better. Computers will be use complex algorithms to determine what flavor combinations will make your food more tasty by breaking down foods to the molecular level.

IBM researchers are developing technology to analyse smells in people’s breath which identify diseases, including liver and kidney disorders, asthma, diabetes and epilepsy. By determining the smell and molecules in a persons breath, it will make an analysis for the problems.

In future computers will work with its five senses as humans.

Do you like this News?
« Older News: Crossing India, South Africa Wants To Grow Its Own Industry
» Newer News:

Computers Will Have All Five Human Senses By 2018 is tagged as 2018, Five in Five, Five Senses, IBM