BBC Against Discovery of Alien 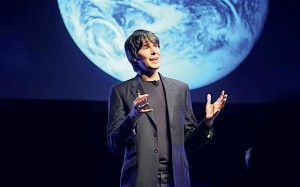 On the BBC 6 Music breakfast show, hosted by Shaun Keaveny, famous British physicist Professor Brain Cox said that he and his stargazing live crew were searching for the life on a newly discovered planet was stopped by BBC.
is a British physicist, science communicator and professor at the University of Manchester. He also present of a number of science programs for BBC. Brain cox and his colleague on the BBC’s astonomy stargazing live wanted to point the Jodrell Bank telescope at Threapleton Home B planet to listen for the sign of life. The Planet Threpleton Holmes B was discovered live on the air last year by the Brain cox team.
Prof. Brain Cox said that he had hope to point the Jodrell bank telescope at the planet Threapleton Holmes B and listen for signs of life. But he claimed that he was prevented by BBC from doing so because the corporation was concern that a discovery of alien could break the BBC regulation.
Speaking on the BBC Radio 6 Music breakfast show on wednesday, Prof Cox said “The BBC actually said ‘You cant’t do that. We need to go through the regulations and health and safety and everything in if we discover a signal from an alien civilization’.
Professor Brain Cox and his crew decided that they point the Jodrell Bank telescope at the planet and listen because no one had ever pointed a radio telescope at it and we never know he recalled. But this experiment has been suppressed by BBC bosses as this experiment is against rule an is not safe. But according to Prof Cox discovery of hint of life in the universe beyond Earth live on air is not related to the health and safety. It is incredible
Do you like this News?
« Older News:
» Newer News: German Policy Not To Use Real Name On Facebook

BBC Against Discovery of Alien is tagged as Against, Alien, BBC, Brian Edward Cox

News related to BBC Against Discovery of Alien