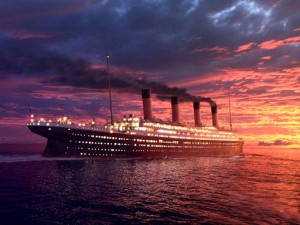 Australia’s mining billionaire Clive Palmer  said to the media that he has commissioned a Chinese state owned shipping company to build a 21st  century version of the world’s most famous ship in history.He told that the construction will start by the end of the year and the vessel  would be ready by 2016.The plan is to design a ship that have a similar design and specifications as possible to the original Titanic but with modern technology.”It will be as luxurious as the original Titanic but with  21st century technology and have latest navigation and safety systems”.In response to the questions from the reporters whether the Titanic’s replica would sink he said, ”Of course it will sink if you put a hole in it”.

Do you like this News?
« Older News:
» Newer News: Britain To Put Surface-To-Air Missiles On Top Of Flats To Protect Olympics

One Response to “Australian Billionaire To Build Titanic 2”