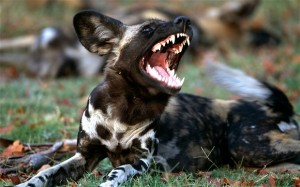 November 5, 2012(Pittsburgh): In Pittsburgh zoo, Pennsylvania U.S.A, a mother took a boy view the African painted dog and the slipped from the fence. mother was trying to give her boy a closer look to the dogs by making him stand up to the fence and lost the balance of her body and the slipped from the railing. As soon as the boy fell down 11 African painted dog attacked and hunted him.Till now its not confirmed that the death was due to the fall or hunting by the dogs. Police still investigating the case.

African painted dogs are also known as African wild dogs .The African wild dogs are one of the highest bite force quotient (BFQ, the strength of bite relative to the animal’s mass) animal in the planet. Even a full grown men can’t withstand this brutal attack.

As soon as the police and the zoo association members came the boy was dead. They tried to make it out all the dogs were taken in control but the last one was so aggressive so that the police have shoot the dog. Zoo was immediately closed and not announced when to open.
Do you like this News?
« Older News: Obama declares support for GAY Marriage
» Newer News: United States Presidential Election 2012